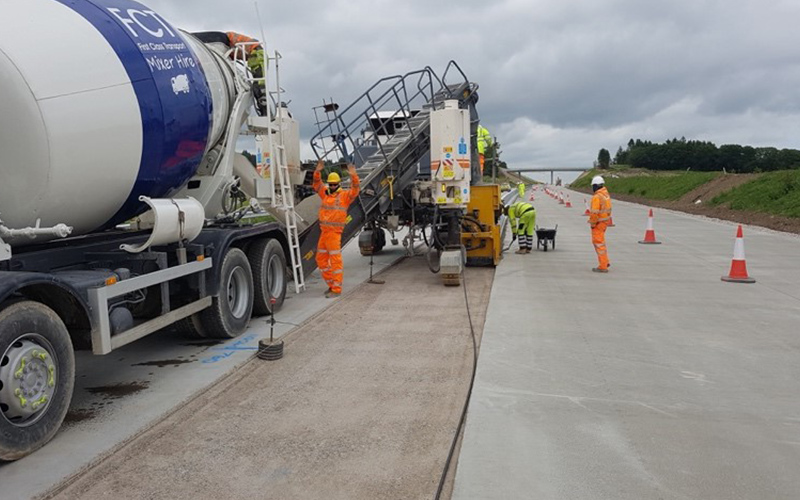 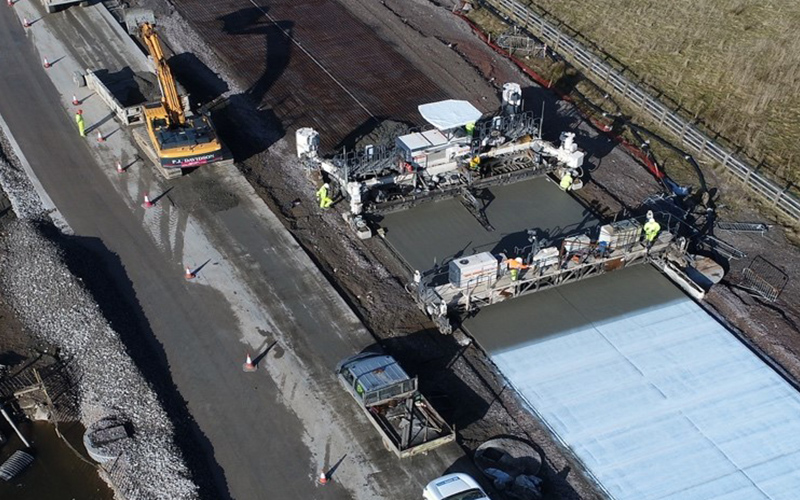 The Aberdeen Western Peripheral Route (AWPR) was a new road being developed to improve travel in and around Aberdeen and the North East of Scotland. PJ Davidson was awarded the contract to construct Continuously Reinforced Concrete Pavement (CRCP) and a Concrete Road Safety Barrier System for the whole project.

The AWPR bypass was split into four major sections:

With a total length of 58km of dual carriageway, the AWPR was the biggest infrastructure project in Europe at the time.

We successfully delivered the works within a challenging environment, which consisted of:

There were no reportable accidents / incidents.

M3 OF CONCRETE BATCHED
AND PAVED BY PJD